UEA required new accommodation to support the growth in student numbers at the university, maintaining its identity as a campus university and its place in the world’s top 1% of Universities.  The project was to be designed and built within a 22 month period on a site with limited space and constructed to achieve a BREEAM Excellent rating.

Situated adjacent to the recent residence buildings, Crome Court creates a focal point at the end of the campus. The building varies between 5 and 7 storeys in height, and is laid out in a U-shaped configuration which opens towards the south. The orientation of the building makes best use of the limited space available.

Karl Thurston, BIM Manager at LSI, visited the campus with M7 Aerial and Kier to capture the footage, saying “The footage really is spectacular and highlights just how exciting Drone technology is, and there is still a long way to go to realise its potential. It showed views of Crome Court from every conceivable angle, but it is important to have a clear idea of what you want to achieve with the technology. Personally, I’m very envious that it is somebody’s job to fly a drone, as it was a lot of fun, but the pilots are exceptionally skilled. 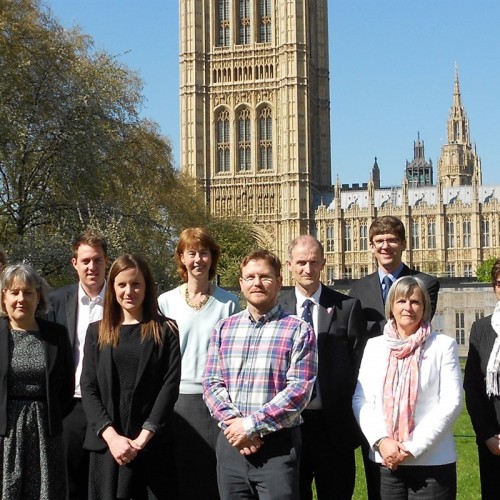 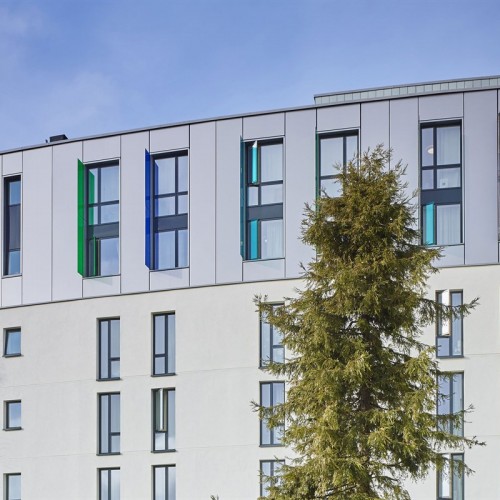