As part of our project to design the new academy facilities, our model maker in-chief James Parkinson produced this 1:100 model of the new Norwich City Football Club Academy and Gym Facility.

“Sitting on a layered ply base, with birch veneer used for the landscaping, the academy building is finished in a grey stained magnolia veneer representing the brickwork at ground level, and a maple veneer for the timber cladding at first floor level. The roof and parapet detail is finished in a further two shades of grey stained magnolia veneer.  Photo-etched stainless steel has been used for the signage and handrails. The academy building can also be lit.

The model also depicts a cross section of the gym facility, giving us the opportunity to show off some interior layout – complete with 1:100 scale gym equipment!” James Parkinson, Model maker.

The model was unveiled at the launch event for the Canaries Bond at Carrow Road. Norwich City has recently announced that it has successfully raised £5million via the Canaries Bond, making it the biggest in the history of football. The funds raised will allow the club to go ahead with the construction of the state-of-the-art Academy facilities.

Click here to find out more about the Norwich City Football Club Academy Project, and to take a virtual tour of the new facilities. 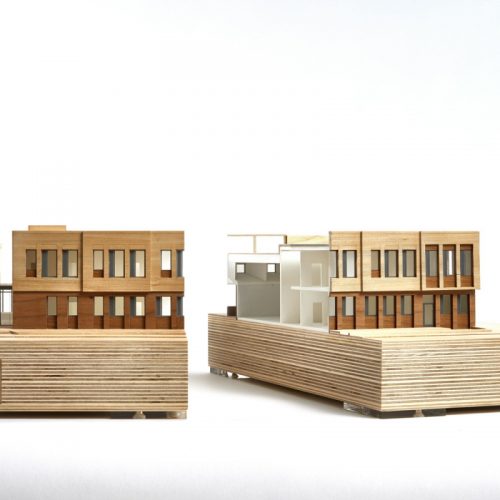 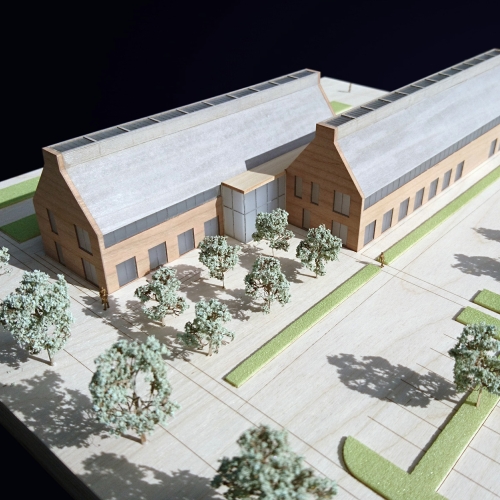 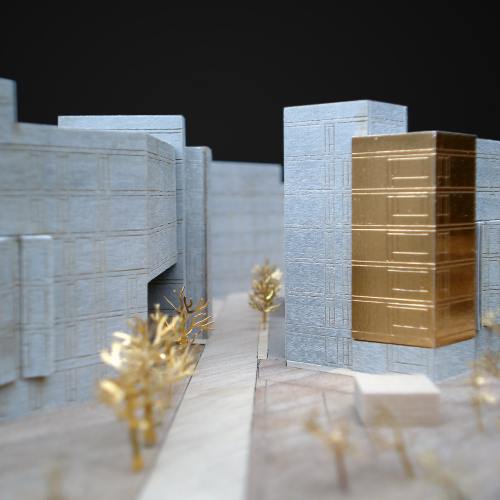