The project formed part of a larger scheme to refurbish Aviva’s 1960’s offices housing over 3,000 staff.  The idea behind the atrium was to provide a four storey social hub for staff which linked together the offices. The concept for this, which also combined the Grade 1 Listed Surrey House as a visitor reception, originated from LSI.

Surrey House is recognised as a key symbol of Aviva and is a key public building in Norwich.  It forms the ante chamber for a processional entrance into Aviva’s Head Office. Visitors enter Surrey House through the ceremonial front door and are met in the exquisite Marble Hall. They proceed on axis, passing through a new formed opening at the back of Surrey House, and out across a new bridge into the Atrium. 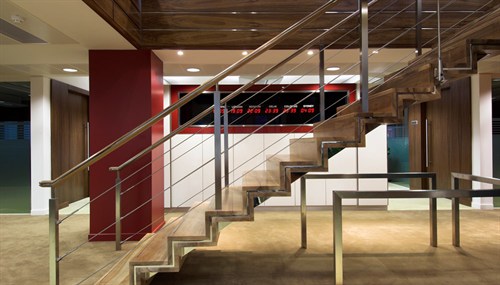 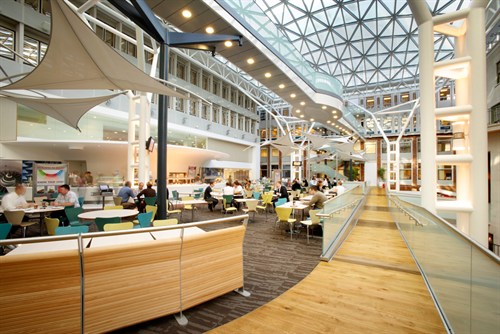 This space is defined by an arrangement of four grand columns resembling trees spreading out at high level to support a light glazed domed roof that evokes the top lit domed roof of the Marble Hall. A second floor bridge links opposite floors of the 1960’s offices. The integration of Surrey House and the Marble Hall with the Atrium is a striking architectural arrangement that also reflects the history of Aviva, and through the architecture of the Atrium, the twenty-first century aspirations of the company.

The project was the winner of the 2007 RIBA East Spirit of Ingenuity Architecture for Business and an IIDA Green Apple award. 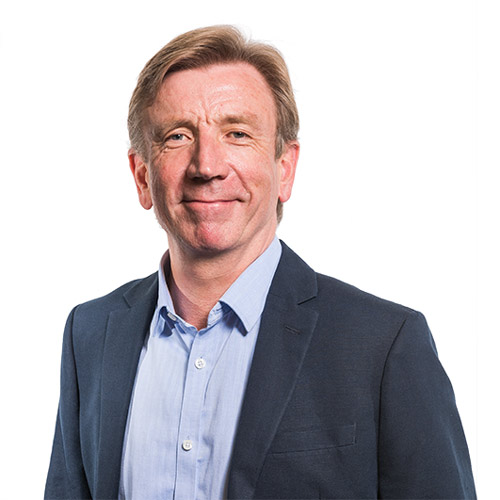