This was an architectural model produced for a scheme to provide a new single storey house on part of the former Truman’s Boatyard site, prominently located on the north shore of Oulton Broad.

The proposed dwelling, which has been granted planning permission by the Broads Authority, is situated in the north east corner of the overall site. Energy efficient design principles are to be incorporated to create a sustainable, effective and flexible residential building.

This 1:200 model of an Oulton Broad residential scheme illustrates the proposed dwelling in its significant setting, surrounded by the old boatyard site, a former Malting’s building and residential properties. A combination of cherry, grey stained tulipwood and American black walnut timber veneers have been used to reflect the materials of the residential building. The base reflects the changing topography across the site, leading down to Oulton broad. It has been finished in maple veneer with lime and frosted acrylic elements. All the context blocks are made from lime. 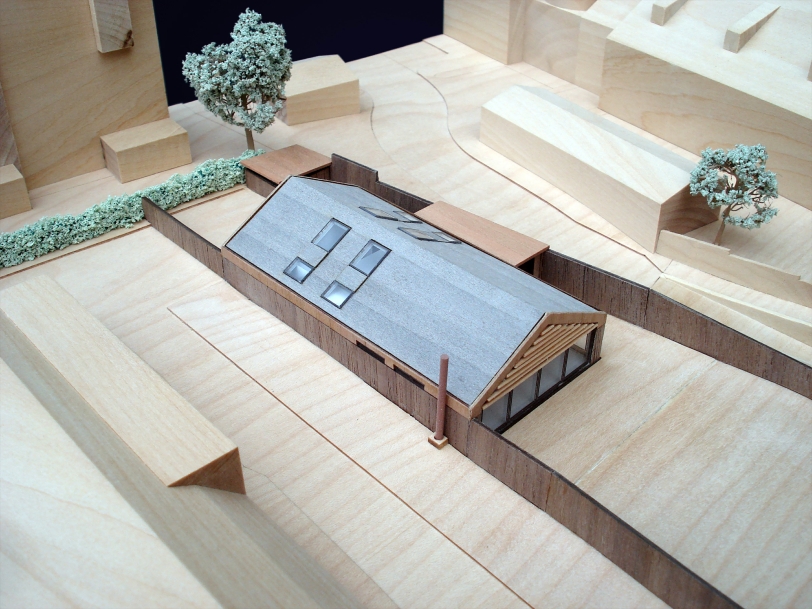 A deliberately simple architectural form carries some of the cues found in other waterside buildings nearby. The proposed building follows the pattern of a local distinctive historic ‘grain’, with long malting buildings and boat sheds orientated largely north and south, arranged with gables facing onto the water. The house adopts the imagery of waterside architecture with a gable facing onto the water and use of timber cladding and controlled use of glazing. 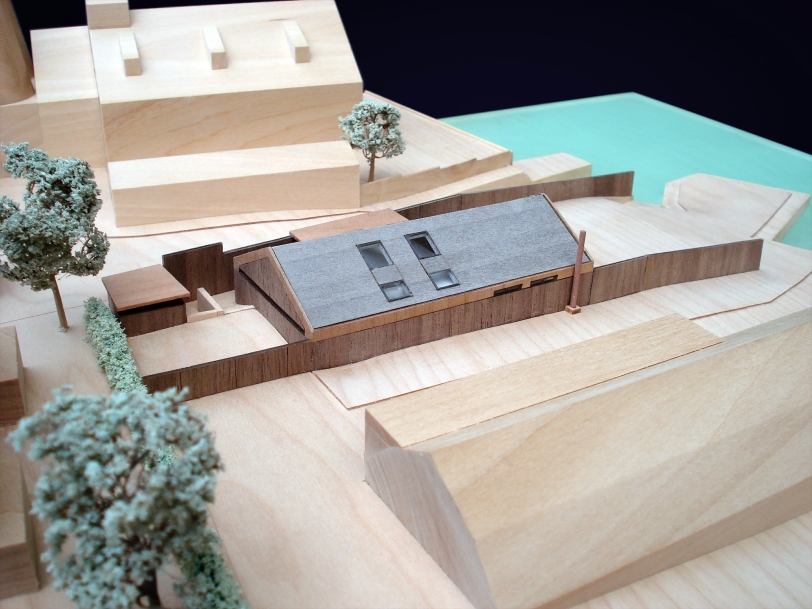 A new garden will be created between the proposed house and the quay heading, which will retain and enhance the open slope which leads up from the water. 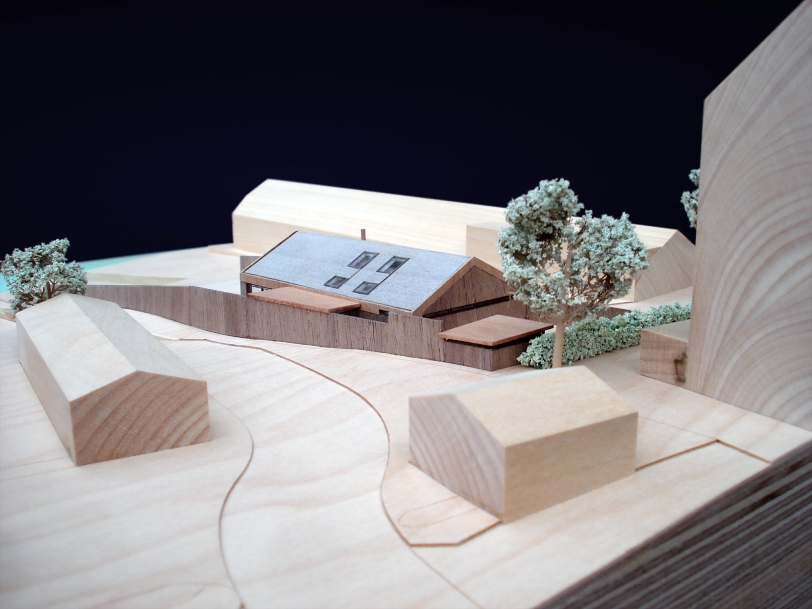 The design seeks to mitigate the impact of the completed building on neighbouring properties by being cut into the slope, and by controlling the eaves and ridge heights. 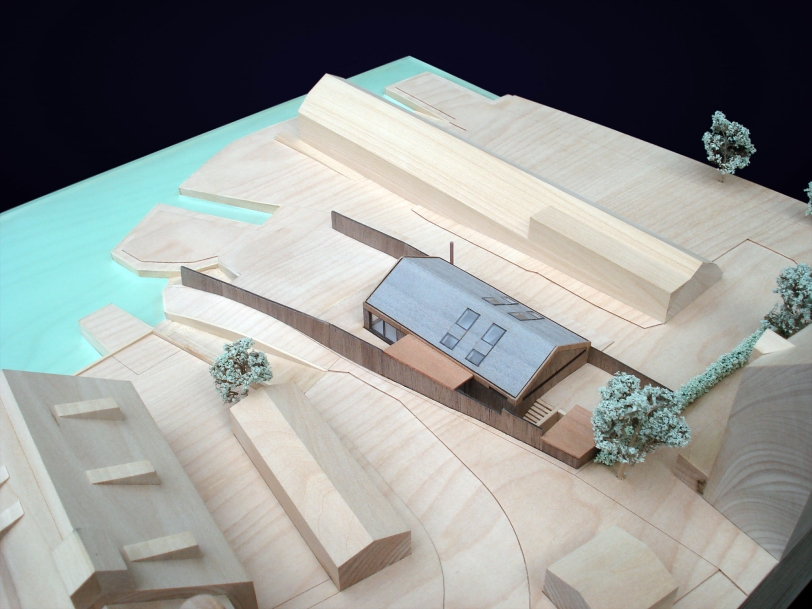 The house makes the most of its setting, offering extensive views across the Broad, providing an open plan living area, with direct connection to a south facing terrace area. 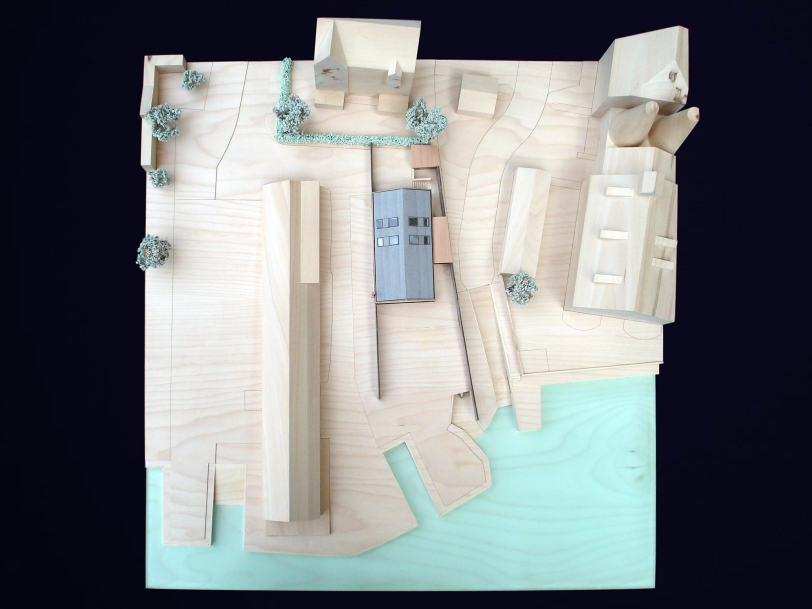