For some time now, our approach to recruitment and developing our people has been to ‘grow from within’. We’re very proud of our record of developing people, in fact more than 50% of our leadership team is made up of people who have come through the ranks at the Practice.

Finding the next generation of people to join our team is vital to the success of this strategy as others progress through the business, particularly so as our team has grown a great deal in the last few years, which has seen our practice move up the AJ100.

And so we are always looking for talented and enthusiastic Part 1’s, Part 2’s and aspiring Architectural Technologists to join our team and continue to develop their skills, knowledge and experience with us. We usually have between 15% – 25% of the team working towards qualifications funded by us at any one time.

This means that when exam results and graduation comes around each year it’s an exciting time for us because it means some of our team are rewarded for their years of hard work and achieve what, for many, has been an ambition since they were at school.

And, despite the oddness of the situation we find ourselves in with Covid-19, this year has been no different! In each of the last three weeks we’ve received the amazing news that we’ve gained another qualified Architect, with each of those people having taken slightly different routes to finally becoming an Architect. Here are their stories. 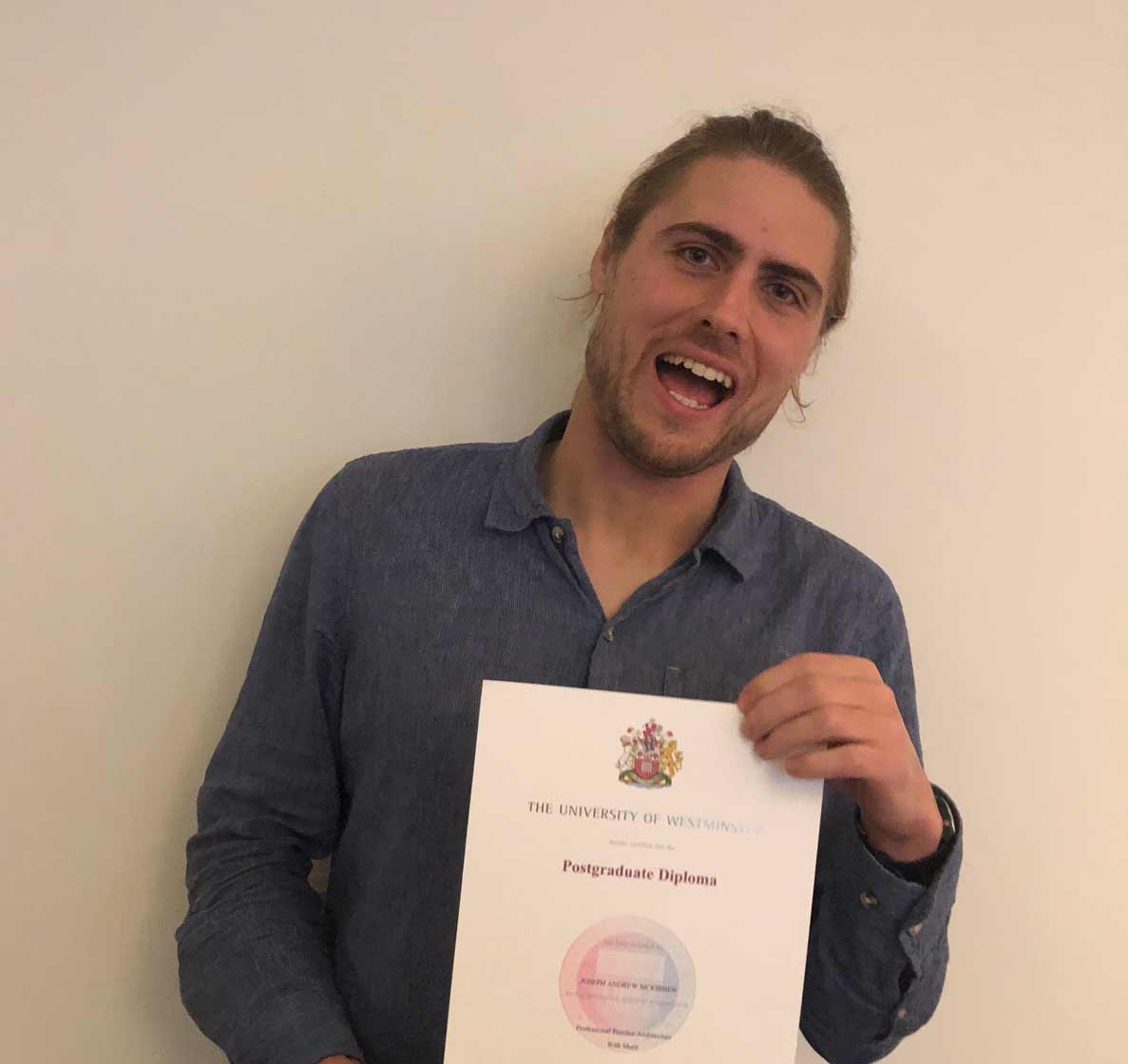 Joe joined LSI in 2014 after completing his RIBA Part I at the Kent School of Architecture.

Before joining LSI, Joe worked alongside his father to help build their family home; a valuable experience that gave him a practical understanding that continues to underpin his design skills.

Joe has worked on a number of Education schemes during his time with LSI including the £19M refurbishment and extension of an existing Grade II Listed Town Hall to create a new French International School, and Brent Knoll School; a purpose built primary and secondary school which specialises in providing education to pupils aged 5 to 16 with Autism and Aspergers, which was shortlisted for the Education project of the year at the AJ’s Architecture Awards.

His high standard of work and service at LSI led him being put forward for the AJ Inspiring Graduate prize in 2016.

In 2018 Joe returned to his studies full time and completed his RIBA Part II at the Sheffield School of Architecture with Distinction.

Joe decided to study full time because he wanted to challenge himself to learn different skills to bring back into practice as part of an immersive learning experience. Other benefits were that it took two years instead of three and gave Joe a chance to live and experience somewhere else.

Joe returned to LSI and has continued to work in the education sector, this year completing an ESFA funded conversion of a warehouse building into the Workplace Free School in Bexhill, in East Sussex; a new secondary school alternative provision (behavioural) academy offering a varied specialist vocational curriculum.

Outside of the education sector, Joe has worked on schemes including a £6M project to provide a new Civic Centre for Thurrock Council, a series of new-build garden mews houses and an extension of a mansion block at 196 Sydenham Road, and a sensitively designed masterplan for an assisted living Continuing Care Retirement Community (CCRC) with specialist later life, dementia care and supplementary communal facilities in Horsham.

Joe continued his studies, again funded by LSI Architects, whilst working full time in our London studio and finally became a qualified Architect in November of this year, after he completed his part III at the University of Westminster. He is currently working on a 14 storey hotel in Tower Hamlets in central London, a £1.3M sheltered housing scheme for the City of London Corporation, and two £10M+ feasibility studies for two new SEN schools for the London Borough of Bexley. 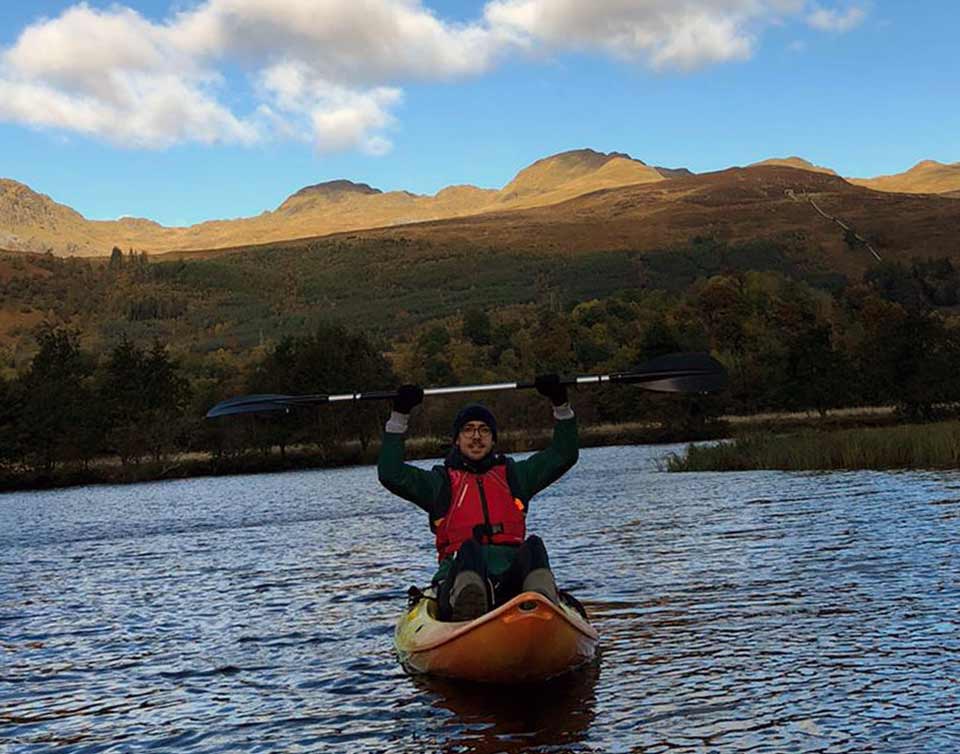 Douglas had already been used to combining his studies with working in practice.

Whilst studying part-time toward his Part I and II qualifications Douglas continued to work within the architectural department of a multi-disciplinary design practice initially within Norwich, followed by 5 years in central London.

Whilst he worked toward his RIBA Part III qualification at RIBA North West Doug was also part of the project team that secured planning permission for a new £65M, 15,000sqm academic building at the University of East Anglia and worked on projects to provide two new contemporary, detached chalets in Wroxham, a £30M new build, ESFA funded secondary school and sixth form in Middlesex and remedial works to an existing residential mixed use building in Hoxton.

Douglas says it has been continuing to work in practice alongside his studies that helped him to pick up valuable technical knowledge across a range of sectors from Education to Office and Residential, spread between all RIBA stages from inception to completion

In October, Doug received the fantastic news that he has passed his RIBA Part III qualification to become a qualified Architect and celebrated in style with some canoeing and mountain climbing during in Scotland (pictured above). 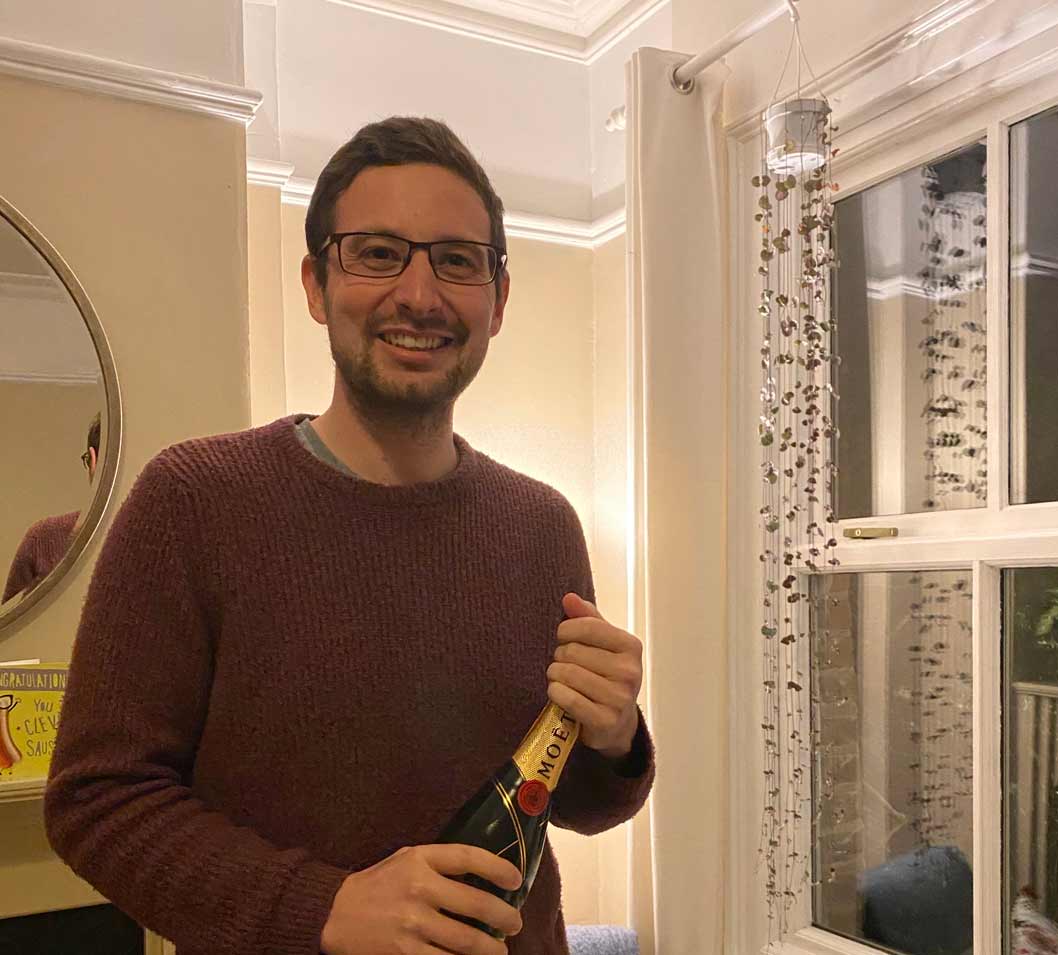 When Matt passed his RIBA Part I he became one of the very first graduates of the BA Architecture course at Norwich University of the Arts. He joined LSI not long after that and met all of his new colleagues on one of our annual study trips, that year in Amsterdam, quite the introduction!

During his time at LSI Matt has been involved in a variety of projects across multiple stages, from early development ideas, planning submission and on to tender stage development. He has worked on several projects at the independent Gresham’s School, including the award-winning new sixth form and music building, The Britten Building.

Like both Joe and Doug, Matt has also balanced his work here at LSI with his studies, with the practice funding both his Part II and Part III Qualifications.

Whilst Matt was studying for his Part II at the University of Lincoln, he was part of the project team on projects at a real variety of scale, from the £35M mixed use Ebury Centre in Westminster, providing 47 high end residential units and a University Technical College to an extension to a small 70 sq. m. visitor centre at Hickling Broad for the Norfolk Wildlife Trust.

Matt began the last leg of his journey to become a qualified Architect in 2019, studying for his Part III Qualification at RIBA North West alongside Douglas. Whilst doing so, he worked as part of the project team on a number of projects for our contractor clients including a new £6M science block for Great Yarmouth Charter Academy. Matt was also part of the team that successfully achieved planning approval for a £15M new Employee Facility for the Port of Felixstowe, the biggest and busiest container port in the UK and one of the largest in Europe.

Matt says the access he has had at LSI to some extremely knowledge and experienced people has played an enormous role in how he has approached his studies.

Matt completed his RIBA Part III qualification in October and so our team of fully qualified Architects grew by three in just two weeks!

There remains a number of other members of our team who are currently completing qualifications who will do the same in the coming years but the practice is now looking for talented and enthusiastic Part 1’s, Part 2’s and aspiring Architectural Technologists to follow in the footsteps of Joe, Douglas and Matt.

If you think that this could be you, please do take a look at our careers page where you can find details on what roles we have available and how you can apply!