Our resident Model Maker James Parkinson has always been one for a challenge, usually involving his covering of considerable distances on one of his many bikes but James’ latest personal challenge really pushed him to his limits!

James decided he would walk from Woodbridge to Norwich – in just one day – to raise money for the East Anglian Air Ambulance. With his previous longest walk registering at just over 27 km or 17 miles, James walked an incredible 90km (6km more than he had planned!) in a little over 15 hours.

“In early February I had a major bike crash that resulted in a trip to A & E and a weekend in hospital.

My cycling doesn’t always follow larger roads and so vehicular access can be limited or not possible.  When an accident like the one I had happens in inaccessible locations the East Anglian Air Ambulance could make all the difference.

During my recovery I rediscovered my love for walking and spent time exploring the network of footpaths out of Woodbridge.

Back in late July, I half jokingly discussed walking from Woodbridge to Norwich with a close friend. The more I started thinking about it, the more seriously I took it and it grew into a serious plan.

The final route covered over 83km of footpaths, bridleways and back lanes between Woodbridge and Norwich. I left Woodbridge in the early hours (4am), and actually beat my target of arriving in Norwich sixteen hours later by nearly an hour.”

Food/Liquids consumed on the day: 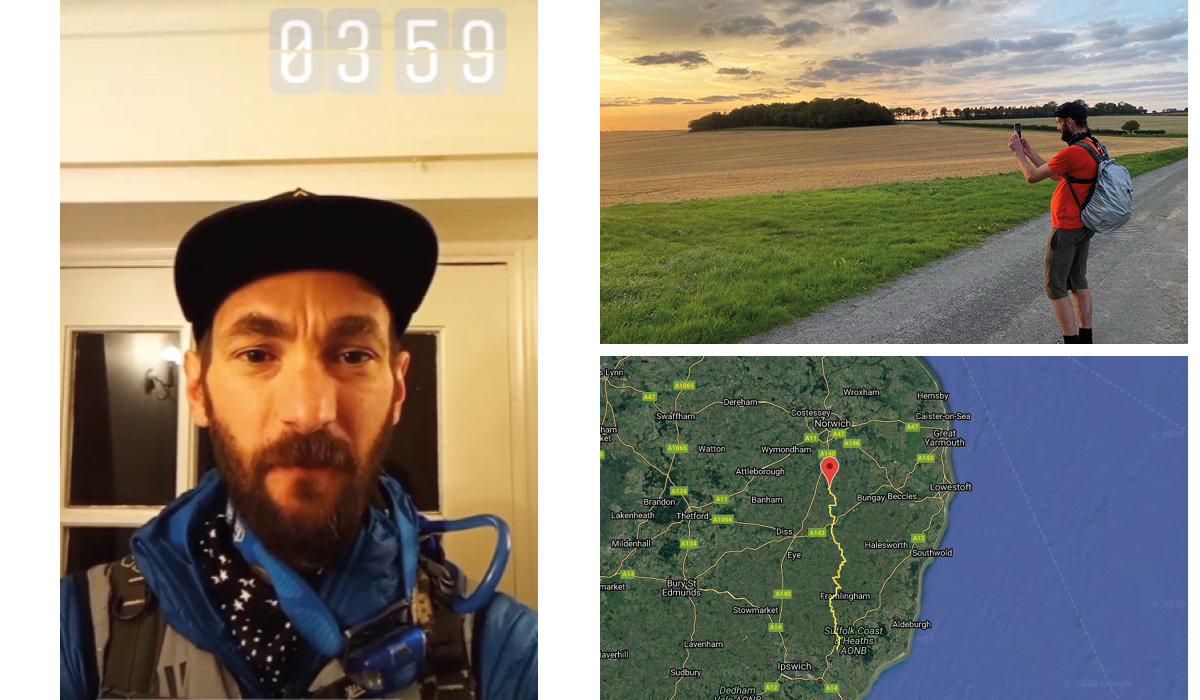 “It’s still not really sunk in, what I have achieved. It was by far the hardest thing I’ve ever done. To have raised the amount that I have been able to, thanks to the kind donations that people have made, has completely blown me away.”

James has now raised £3060, plus another £630 in gift aid, which will help the East Anglian Air Ambulance to buy almost four Covid-safe kits bags and the donations keep coming in.