We take pride in having a business that clients and colleagues respect because we do the right thing.  Having highly skilled and motivated staff that share our values and ethos is fundamental to gaining this respect and we recognise that it is our staff who are able to deliver the quality design and committed service that we believe our clients should expect.
Our People Tony Cuss 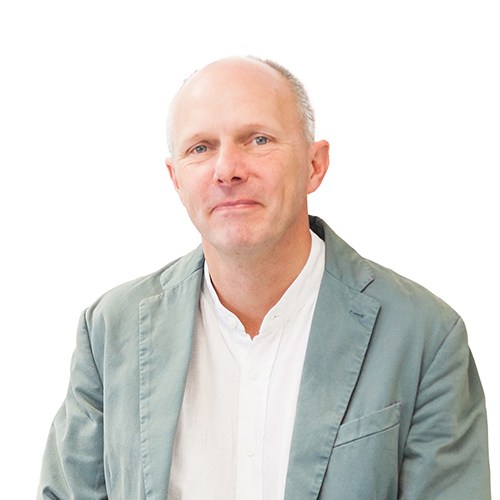 Tony joined LSI in 2008 after specialising in Eco-friendly housing design  – aimed at COSH level 4 – including a 22 unit scheme undertaken in partnership with Conran & Associates. He pursues his interest in this sector through work on his own houses, and occasional house remodelling for LSI clients.

Prior to relocating from London in 2007, Tony had completed a decade with Sheppard Robson Architects rising to the position of senior architect, involved in high value projects in the Higher Education and Workplace sectors. He worked on the Pfizer HQ in Surrey, and the Motorola’s HQ in Swindon which received a special mention in the RIBA Awards of 1999 for its prefabricated service elements. He was also project Architect for the £35M Suffolk College and a 140-bed Hall of Residence for Digby Stuart College.

Focusing on services and structure coordination was an excellent preparation for the key project role he has played on the completed £20M Holly House – during which the contractor went into administration – and £6.8M Highgate Hospital projects for Aspen Healthcare with LSI.

This major extension and remodelling of an existing private hospital combined the technical issues of working in a live environment, and optimising clinical functionality, with the planning issues arising from developing in a sensitive residential context adjacent to an SSSI.

A dedicated healing environment for the newly bereaved at Southend Hospital, replacing an outdated and inadequate provision for bereavement care at the hospital.

Walking from Woodbridge to Norwich in a day!

Model Maker James Parkinson walks an incredible 90km in a little over 15 hours to raise money for the East Anglian Air Ambulance.

The project is to return the upper three floors of Suffolk Terrace, to residential accommodation for students.

After 65 weeks, construction of Southend’s only adult hospice has reached completion.

LSI’s project for Norwich City Football Club has been shortlisted for two categories at the 2020 RICS Social Impact Awards.