We take pride in having a business that clients and colleagues respect because we do the right thing.  Having highly skilled and motivated staff that share our values and ethos is fundamental to gaining this respect and we recognise that it is our staff who are able to deliver the quality design and committed service that we believe our clients should expect.
Our People Oz Dias 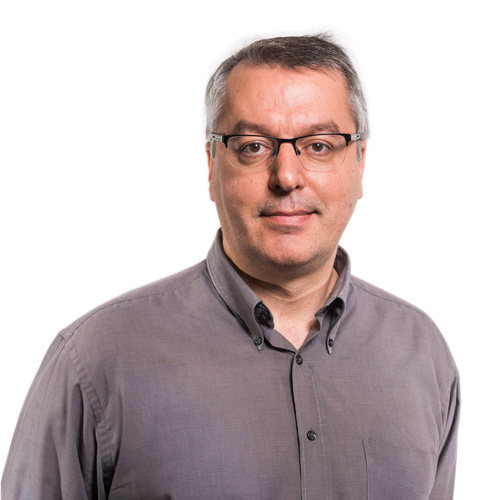 Oz joined LSI in 2007 after gaining 6 years of D&B experience in the London area on offices, sports facilities and housing. Before that he had worked in mainland Europe and S. Africa.  He is an architectural technologist with membership of MCIAT and has been longer with LSI than at any other practice previously.

He drew on previous experience in working on new speculative offices and academic accommodation at Broadland Business Park, and Easton College respectively when he first joined the practice. In 2009, after a 20-year career, he transferred to the acute healthcare studio and became involved in a number of private healthcare projects, including Seymour House OPD at Parkside, Holly House Hospital, and Highgate Hospital. For all three projects he was responsible for the technical delivery from post planning to completion. He recently assisted the bid team at LSI for a Private Patient Unit at St Georges Hospital – one of the UK’s largest teaching hospitals.

After spending several years with his primary focus on healthcare he has recently returned to working on projects within the workplace and education sectors, bringing with him wide variety of experience in several different sectors.

A simple two storey rectangular block with a single storey link to the existing Norfolk and Norwich University Hospital.

This major extension and remodelling of an existing private hospital combined the technical issues of working in a live environment, and optimising clinical functionality, with the planning issues arising from developing in a sensitive residential context adjacent to an SSSI.

The hospice will replace the existing hospice on the Brookfield site, Mill Road, Cambridge.